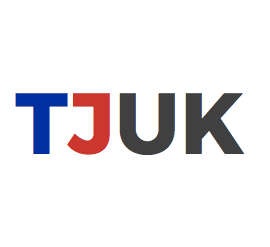 Survation for Tax Justice UK: What’s Wealth Got to Do With It?

In advance of next month’s budget, the government is rumoured to be considering higher taxes on wealth to help fund promises to “level up” newly Conservative areas. Survation on behalf of Tax Justice UK has carried out two deliberative workshops and five focus groups to explore attitudes towards increasing tax on wealth and the role this could play in supporting increased government spending. The research groups took place in new Conservative seats in former Labour heartlands such as Blyth and Wrexham, as well as other areas including London and Reading.

Amongst our focus group participants there was strong support for increased government spending. The vast majority of participants we heard from were desperate to see investment in their communities and many supported higher taxes on wealth to help pay for this. No one we spoke to called for or expected to see tax cuts.

Whilst it’s possible to make the case for more progressive taxation, the public was put off by language bashing the rich. This was in part because the people we talked to had very different ideas of what “wealth” meant, with many seeing it as having enough to live comfortably, as opposed to being very rich. Many people believed in the idea of meritocracy in Britain and believed that the opportunity to create wealth is important.

“Is it OK to have billionaires – Yes, good on them…they have reached that point, I don’t like this idea that there is poverty and then other end of the scale. If you have worked hard you are entitled to it” – Female, Wrexham 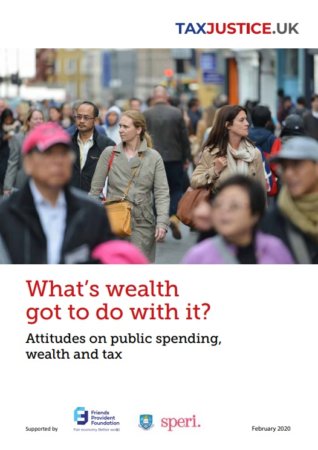 However, when taxation was introduced there was strong support for ensuring that income from wealth is taxed at the same level as income from work. Increasing capital gains tax was the most commonly supported way to even out some of the inequality. There was more qualified support for reducing pension tax relief on the highest earners and adding more council tax bands for the most expensive houses. The majority wanted to see the government closing loopholes and preventing tax avoidance for both individuals and companies.

“Paying your way…I feel fine about it, I think people should pay and if everyone does that’s fine. Big companies not paying what they should though is not right” – Male, Wrexham

“It is a failure of government to get these people to pay what they should do. I think it is more a case to clamp down on tax loopholes. When you get that rich you can get really good lawyers to help you. The money they could spend on tax they spend on tax evasion” – Female, Long Eaton

Both Labour and Conservative voters felt that the 2019 election had been difficult, with a mood of reluctance and lack of trust on both sides. There were also deeply skeptical about whether politicians will deliver on their promises. As well as lessons for the government, there were also findings relevant to those seeking to be leader of the Labour party. The public will support policies to increase taxes on wealth but broad attacks on the rich go down badly with most voters we spoke to.

The full report is available to download here: What’s wealth got to do with it?

Jane Carn is Survation's Qualitative Specialist. She also runs Pearl Research & Strategy. Prior to her work with us she spent more than 20 years building and growing successful qualitative research teams for leading agencies, including YouGov and ICM research.