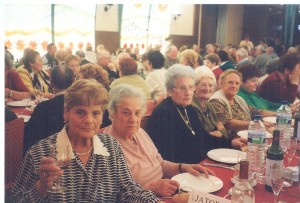 Survation For The Centre for Social Justice – The Elderly at Christmas

Survation were asked by The Centre for Social Justice to conduct a telephone poll of 2000 elderly people to assess what their plans for Christmas were.  2003 pensioners aged between 75 and 103 were surveyed in the largest survey of its kind for some years.

The full results and cross-tabs are now available to be read here;

In the largest telephone poll of its kind for some years, using Government Office of National Statistics data and Survation’s UK-wide telephone survey, we project nearly a quarter of a million people aged 75 and over in the UK will spend/will have spent Christmas day alone according to our poll for the Centre for Social Justice (CSJ) and Independent Age.

And almost half of those home alone on the biggest day of year have children living in the UK.

A larger group may see someone on Christmas day, but for the rest of the year have no contact whatsoever with other human beings. Using our survey and government data, Survation estimate at least 400,000 over 75s spend ‘zero hours’ with other people on a typical day; nearly a quarter of older people living alone.

Survation’s poll of 2003 elderly people aged between 75 and 103 – one of the largest of its kind, has exposed the extent of the isolation among older people in the UK.

Many who responded volunteered detail, both positive and negative.

One 80 year old woman from South Yorkshire said “I was working until I was 78, in a nursing home, but I had to stop because of collapsed discs in my back. I miss it, it was really sociable, and I miss the money. I don’t really see anyone now, my children live miles away, so I have two cats. I talk to my cats”

Another said, ‘Some days the only person I speak to is the boy in the shop when I pick up my paper.’

“I don’t know what I’m doing this year, I’m hoping for an invitation out but haven’t heard from anyone” – 82 year old woman from Coventry

“If I didn’t go out, I wouldn’t talk to anybody. I have a bad back and I have good days and bad days, but at the moment it’s so cold, I don’t see anybody” – 82 year old man from London

Others are much more active, with work and social mobility key to staying in company with others

“He sees around 50 people in the course of the week, because he plays bridge three or four times a week”. (carer of an 87 year old man from Essex)

The poll was conducted by telephone by Survation between 16th-21st December 2011. The population sample was 2003 single occupancy households where the resident’s age was over 75 years old.


Q1. Are you planning on having a traditional Christmas dinner this year on Christmas day?

Q2. Are you planning to spend Christmas day…

Q3. Do you have children living in the UK?

Q4. On a typical day, how many hours of the day do you normally spend with other people?

1) 19% of men aged over 75 will spend/spent Christmas Day alone this year – males were the most likely to be by themselves.