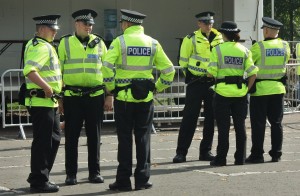 Survation for The Mail on Sunday, Reaction To The Woolwich Incident:

This poll, which covered various aspects of the incident in Woolwich this week could be summarised as showing the moderate and progressive reality of British society. Extremism of different types is rejected by the public, and trust in the police, security services, armed forces and government is apparent. Further, free speech and civil liberties are clearly important factors for the public when considering reactions to such events.

Full data tables and methodology can be viewed here:

Notes on State of the Parties:

The figure for the Conservatives of 24% for the second time in our polling this week is the lowest (by 1%) of any pollster this cycle and a joint record low for Survation or any other pollster (by 1%).

UKIP’s 22% is a repeat of our figure from earlier in the week which is a record high for any pollster, and is in-line with their local election performance. Similar support has been seen from others.

Survation’s polling series for the Mail on Sunday since 2011 has shown a smooth, but consistently high figure for UKIP (see chart). This is due to 3 factors. Unlike others, Survation mention UKIP in the initial voting question which allows a responder to select the party from a list of four options (five in Scotland & Wales) or another party. Secondly, Survation, like some others  weight respondents by their likelihood to vote. UKIP supporters  have the highest stated likelihood to vote, in part due to being disproportionately backed by older voters who are up to twice as likely as the 18-24 age group to cast a ballot. We reflect this in our methodology.

Full data tables and methodology can be viewed here: