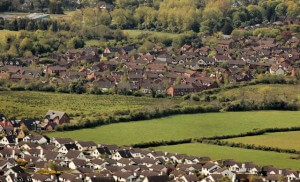 Survation Meopham North By Election Survey – What Could The Effect Be Of The Government’s Green Belt Policy Proposals?

Full crosstabs for this survey are now available; Meopham North By Election for ITN

Background. Meopham North is a council ward located in the parliamentary constituency of Gravesham, a seat that the Conservatives have held since 2005 (previously a Labour seat since 1997).

The borough council is Labour controlled, with 25 Labour Party Councillors and 19 Conservatives, one of whom (in Meopham North) is standing down as he is moving from the area forcing a by election.  Gravesham is a mix of urban and rural housing and it is the impact of the Government’s Green Belt building proposals on the voting behaviour of such rural wards that Survation were interested in gauging.

As a result we have conducted a by election survey ahead of the Meopham North By Election – Thursday October 13th – surveying 302 voters (8.6% of the total electorate), over the period of 4th-6th October.

3) The UK Independence Party are predicted to be second in a ward where they have not stood before (although Geoffrey Clark stood in the 2010 General Election with 4.8% – 4th place).

7) Although the Green belt housing plan was previously mentioned to interviewees,  27% of respondents cited the Green Belt Housing Plan as the main reason affecting their vote. The Conservatives have a slight lead in voting intention with these respondents (Con 47%, UKIP 46%, Lab 5%, LD 2%). The second most mentioned issue was transport with 11%.

8 ) In answer to the question “Of the parties standing for election – Labour, Conservative, UKIP and Liberal Democrats, which do you feel are most likely to be against the planned ‘green belt’ housing expansion?” 52% recognised UKIP as the main party against the Green Belt Housing Plan; far more than any other party (Con 9%, Lab 3%, LD 2%).

9) As far as contact with voters is concerned only UKIP and the Conservatives have been campaigning to any extent. They have both delivered a leaflet to at least half the respondents (UKIP 59%, Con 50%, Lab 4%, LD 3%) . In addition, UKIP has appeared to have canvassed 20% of the respondents; none of the other parties appear to have knocked on many doors. 39% of respondents had seen a UKIP poster or billboard in the ward; again, the other parties did not seem to have many visible signs.