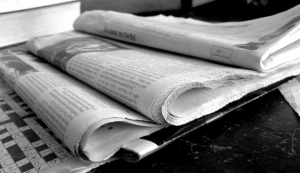 Freedom of speech, on the other hand, seems to be an issue that people care considerably about – 91% of people expressed support for a statement that “people in Britain should have the right to say or write whatever they think on matters of public debate”, subject to libel laws. And 64% said that they were “proud that the United Kingdom is regarded by some around the world as a model of press freedoms and freedom of speech” compared with 36% who did not feel it was relevant or important to them.

People were also broadly supportive of journalists exercising their judgements as to when the publishing of confidential information was in the public interest, as opposed to having automatic prosecutions, with 62% in favour of this arrangement, compared with 31% who wanted all such disclosures to result in prosecutions and 7% who wanted no law against publishing confidential information at all.

Overall respondents were reasonably well disposed towards their local newspapers, with 39% saying they were a positive force in their local community, more than double the 15% who thought they were a negative force. More troubling for local newspapers, however, is the finding that an overwhelming 92% of people thought that any new system of press regulation should also apply to local journalism as well as major national newspapers. Combined with the fact that 86% of respondents thought that any new regulatory body should be funded by the newspapers that it regulates and any resulting system may well involve a portion of the financial burden falling on local journalists.

As well as local newspapers, almost two thirds of people, 65%, thought that regulation should extend into the online world applying to websites and blogs, including 41% who thought it should also apply to those using twitter. This increasing blurring of the distinction between traditional journalism and online media is further highlighted by the fact that over half of people surveyed, 55%, said that if a story was not allowed to be published in UK newspapers due to press laws, they would simply go online and look it up on Google or Twitter. The same proportion, 55%, said they would access the websites of American newspapers to get hold of information not being revealed in the UK.

Two thirds of respondents, 68%, thought that any new system of press regulation should include a provision to allow libel actions to be settled more cheaply and quickly, compared to only 9% who disagreed with the idea, indicating perhaps a broader interest in reforming media law beyond simply restricting unethical journalistic practices. As for the timing of a reforming regulation, 78% of respondents wanted to see any new system in place within the next year, including 28% who want it introduced within the next 3-4 months, suggesting a general desire to see things resolved relatively quickly, a year and a half on from the phone hacking scandal.

Finally, 55% of respondents said they were more concerned by allegations of a cover up at the BBC surrounding Jimmy Savile than were concerned by either phone hacking allegations (13%) or allegations of payments to police and public officials (32%); a likely indication that people’s concerns are significantly swayed by issues that are currently dominating the headlines, but tend to fade over time.

About The Free Speech Network

The Free Speech Network comprises UK, European and global newspaper, magazine, print and online publishers, editors and other groups who share concerns over protecting freedom of expression against any threats to introduce a statutory backstop to press regulation, undermining the basic principle of a free press and internet which has been in place in the UK for over 300 years.