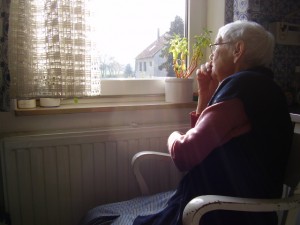 In May, Survation polled 382 GPs from England about the diagnosis and the monitoring of dementia.

The poll was completed online, with invitations to complete the survey sent out at random by email to GPs across all regions of England.

The Survey found that:

When  asked  how  confident  they  are  about  diagnosing  someone  with  dementia  or Alzheimer’s disease, 79% said confident to some extent- with 22% saying ‘confident’ and 58% saying ‘fairly confident’. 15% replied that they are ‘not confident’. And when asked what the barriers are to diagnosis, 66% of GPs said ‘the stigma attached to mental health and dementia’, 65% said ‘many people with dementia do not present to General Practice’, 53% replied ‘a lack of support services for people following diagnosis’, 35%  said  ‘lack  of  training  for  GPs  on  dementia’,  33%  said  ‘a  lack  of  suitable  drug treatments’, 23% replied ‘no local memory clinic’ or ‘long waits at the memory clinic’.

Full details of the findings are available in our report, which also features full cross-tabs of the poll.