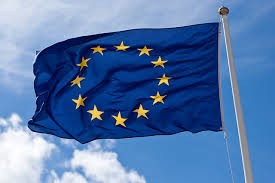 Survation has released its final voting intention poll on behalf of the Daily Mirror. Full data tables and methodology can be found here.

In an additional step for our final poll, Survation have introduced an additional question as a further likelihood to vote “check” and down-weighted voters unaware of when polling day is.

There has been a slight softening of the UKIP vote since our last poll on 11 May. Looking at the comparable figures (which do not include today’s awareness weighting), UKIP’s share of the vote has reduced by 2 points from 32% to 30%.

Focus on London and Scotland

We have also recently conducted polls of residents in London and Scotland, asking their voting intentions for the European elections. You can find the tables for our London poll here, and our Scotland poll here.

Survation polled 1,106 adults in Great Britain on 19-20 May 2014. The expressed likelihood to vote of respondents in EP voting intention was reduced to 0.6 of stated intention if respondents were not aware of the date of the European Parliament election. Survation is a member of the British Polling Council and abides by its rules.