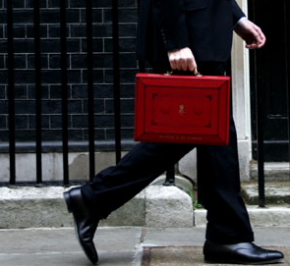 The Budget 2014 – For Hardworking People?

– 73% of UK workers told Survation they have seen wages fall relative to the cost of living over the last two years; just 4% have seen them rise

– Only 40% of UK workers believe the UK economy is recovering

– Workers are nearly 5 times as likely to identify job security as a priority for politicians, even at the expense of increasing GDP, than the reverse

– 5% of people told us they were on a zero-hours contract or equivalent (which would correspond to approximately 1.5 million people nationwide).

– Amidst the announced extension of government Help to Buy scheme, and continuing house price inflation, 69% of workers tell Survation the economy would be better off if house prices stayed the same or fell

There is a clear compelling political incentive to win over the votes of working people. Our poll found that 44% of people in full or part time work would vote Labour if there were a general election tomorrow while 27% who would vote Conservative. George Osborne needs to pay close attention to the attitudes of workers if his budget is to have any effect on closing this gap.

Research by Survation on behalf of Unions21, to be presented at their conference on 21st March 2014, has investigated the views of working people on a wide range of issues, painting a picture of working life in Britain today. We have gauged the opinions of some of the people who will be most directly affected by the announcements Osborne will make at the dispatch box.

GDP: the only priority?

Our polling suggests that working people do not have the same view as the government about what economic recovery means in practice. Fewer than 1 in 10 people told Survation that a higher rate of GDP was the most important thing to be improved in the UK economy. More likely than GDP growth to be chosen as the most important measure of economic improvement were a higher proportion of people in secure full time work (36%) and wages increasing higher than inflation (28%).

This may explain why 46% of the workers we polled do not believe the UK economy is recovering (compared to 40% who thought that is was), and 59% believe that it is those on high incomes who are benefiting from whatever economic recovery may be taking place.

In order to convince these working people that there is a recovering and that it is ‘for hardworking people’, Osborne will need to show that he is working towards wider economic goals than GDP growth alone.

Wages and the cost of living

The number of people claiming Job Seeker’s Allowance is falling, but – as with GDP – this indicator only tells part of the story, and findings from our poll provide greater insight into the issue of underemployment. 5% of people told us they were on a zero-hours contract or equivalent (which would correspond to approximately 1.5 million people nationwide). 42% of those working part time said they would prefer to be full-time. 39% of people we polled said they were concerned they might lose their job, and nearly 1 in 3 said they felt less secure at work compared to 2010.

Who will deliver for “hard working people”?

Both Labour, with their traditional union links, and the Conservatives, with their latest conference pitch “for hard working people” are attempting to claim the mantle of championing workers’ interests. Our polling shows that Labour currently has the advantage; among those in full and part time employment they lead the Conservatives 44% to 27%. This is a 17 point lead, compared with the 4 point lead that they enjoyed among the electorate at large in our national poll the month before, which had Labour on 34% and the Conservatives on 30%.* 12% of workers who had voted Conservative in 2010 would now vote Labour, whilst more 2010 Liberal Democrat voting workers would now vote Labour (40%) than would still vote Liberal Democrat (35%).

If George Osborne wants to win over the votes of working people to the Conservative Party, he will need to work hard himself to address the key concerns of workers that have been highlighted through this work. The budget always creates headlines and is one of the most important dates in the political calendar. The last half decade of economic crisis and recession have made it even more relevant to lives of working people who will be looking to Osborne for evidence that an economic recovery will not just consist of an increase in GDP, but a more tangible recovery that will provide workers with fair wages, job security, and rising living standards.

*NB: the national poll of 14-15th January was weighted by 2010 vote, whereas the employees poll was not, as no such targets are available.

The findings of the Survation poll will be presented and discussed in detail at the Unions21conference on 21st March 2014 in Manchester. You can read more about the conference here. Unions21 provides an ‘open space’ for discussion on the future of the trade union movement and the world of work.

The full tables for the poll are available here.