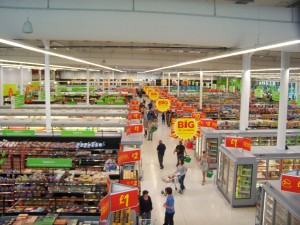 The Cost Of Living Battle – A Sceptical Public Back Headline Tory Policy On Energy, Labour On Landbanking

4 out of every 5 voters believe that Britain faces a cost of living crisis – but all three major political parties are a long way from convincing the public that they can deal with it.

Polling by Survation for LabourList shows that whilst 80% of voters believe that the UK is currently facing a crisis in the cost of living, less than a third (30%) would trust Labour to deal with it. The news is worse for the coalition parties though – only 25% of the public trust the Tories to tackle the cost of living, and only 12% the Lib Dems.

While Labour are the most trusted on cost of living – there’s little to celebrate about being the least distrusted. Ed Miliband was clearly right to focus on the cost of living, but none of the three major parties are cutting through yet.

The polling – conducted between Labour and Tory conferences – also shows that Miliband’s agenda shifting energy price freeze policy appears to be less popular than the Tory proposal to put all customers on the cheapest possible tariff (38% preferred the former compared to 52% who preferred the latter). Labour  need to explain their market reform plans more clearly.

Ed Miliband’s “use it or lose it” plan to take land away from property developers that don’t use it is proving popular with the public – 57% said they backed such a plan as a means of constructing more homes.

Over 1500 people were surveyed online by Survation