Over a third (34%) of Black, Asian, and minority ethnic (BAME) Scots have experienced discrimination in Scotland over the past two years, a new telephone poll on behalf of Dr Nasar Meer at the University of Edinburgh has shown.

This result is comparable to other polls conducted by Dr Nasar Meer and Survation in previous years (2015 and 2017 respectively) showing that prejudice remains at a persistent level. 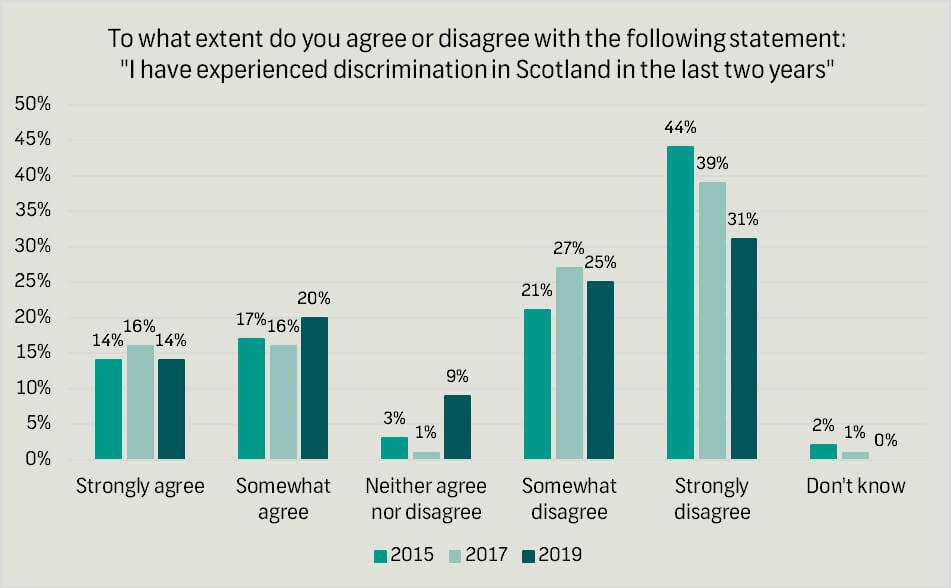 Lead researcher Professor Nasar Meer, of the University of Edinburgh’s School of Social and Political Science states: “It is encouraging that black and ethnic minority Scots still have faith in Scottish institutions to tackle racism, but this trust has decreased over time. Although levels of non-reporting have improved, they still remain high so more targeted support is needed to help overcome this.”

Survation conducted a telephone poll of 501 residents aged 18+ in Scotland who identified as Asian, Black/African/Caribbean, Mixed or Multiple Ethnic group, or belonging to another ethnicity group (not including White). Fieldwork was between 8th July and 11th September 2019. Data tables and methodology can be found here.