A recent Survation poll of the UK public reveals that a majority believe that “it is more important for the UK government to make sure companies in the UK can trade freely with companies in the EU after Brexit than to make it harder for people from EU countries to come to live and work in the UK”. Comparatively 28% felt the opposite and 14% stated that they did not know.

Similarly 55% of respondents felt that tariffs on UK businesses seeking access to the single market was an unacceptable term of a final Brexit deal compared to 37% who said that no further restrictions on free movement would be an unacceptable term. 42% would find this acceptable.

This could reflect how the British public believe Brexit will impact the UK. Slightly less than two fifths (39%) of respondents believe that Brexit will be bad for the UK economy with 35% saying it will be good and 14% saying it would make no difference (the remaining 13% said ‘don’t know’). Only 18% said they would personally be better off as a result of Brexit and 32% saying they would be worse off. 34% believed they would be no better or worse off. Perhaps with increasing discussion in the news about a no-deal scenario, the public would rather limit the potential economic impact of Brexit than drastically alter the EU migration system. 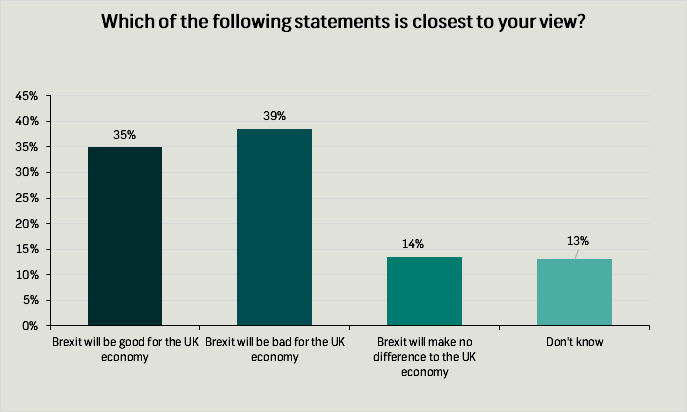 Perhaps, therefore, it is not surprising that 45% of respondents support holding a referendum when the Government’s negotiations over the terms of Britain’s exit from the EU are complete which would ask the public if they will accept or reject a deal. 37% opposed this and 18% did not know. 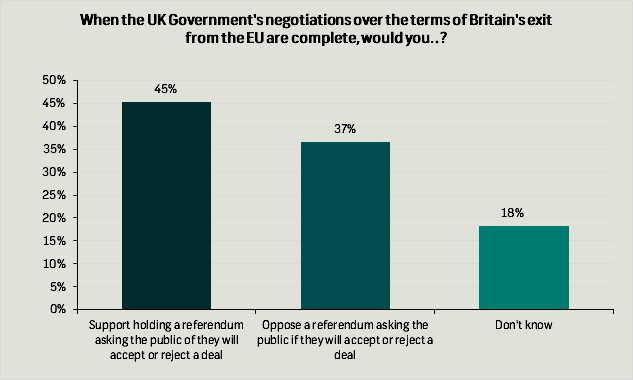 Survation polled 1017 people aged 18+ living in the UK. Fieldwork was between 31st August and 1st September 2018. Tables can be found here.