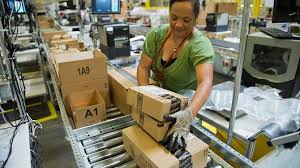 Despite the better headline numbers in December’s job figures, UK average weekly year over year earnings at 1.8% remain significantly below CPI inflation (2.7%) – a real-terms wages cut for millions of workers.

In a new poll of 1,163 people in full and part time work, performed by Survation as part of the Unions21 Fair Work Commission, 71% of UK employees – the equivalent of 21 Million workers – report that their wages have fallen in real terms over the last two years.

The poll also found that three quarters of working people (74%) would be more likely to buy products or services from a company that pays its workforce the Living Wage rather than the Minimum Wage. In contrast only 26% of people had seen wage increases which either just met or surpassed levels of inflation.

This survey also found that over a quarter believed that unions need to concentrate on improving protection from bad employers (27%) whilst 26% of respondents cited job security as the work issue which unions should focus on. 83% of those polled considered the national minimum wage was not sufficient to meet the living costs in Britain today whilst 17% agreed it was sufficient. When asked if there should be a legal cap on the total bonus any individual can receive 72% of people said they would support such a move whilst only 14% opposed.

Director of Unions21 Dan Whittle said: “There is still time left before Christmas for employers to increase the pay of their workers on Minimum Wage to the Living Wage – the evidence is that for those that do this will provide a real boost to business.”

“The Unions21 Fair Work Commission identified unfair pay as the top barrier to fairness, 1 in 5 working people made it their priority. Our polling shows people want pay rises at the bottom and pay restraint at the top to make pay fairer.”

Other results from the survey:

-A quarter of workers say the decisions as to ‘who is paid what’ in their workplace are unfair.

Survation is a member of The British Polling Council and abides by its rules.
http://www.britishpollingcouncil.org