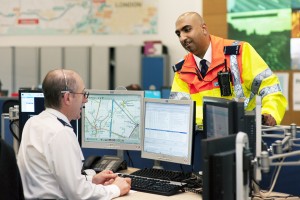 New polling, by Survation for We Own It, showed that nearly three-quarters (73%) of people think that the public should be consulted by national or local government about the privatisation or outsourcing of public services. Only 15% believe that the public should not be consulted on such matters and the remainder (12%) didn’t know. Survation interviewed 2,017 UK adults aged 18+ online on behalf of We Own It between 9th – 11th November 2015.

The poll also showed that over two-thirds (67%) of people think that the public should be able to see the contract agreed between the government and the private company running a public service, as well as data about the company’s performance, in order to effectively hold these companies to account. Less than a quarter (23%) believe that the public should not be given access to this information as it needs to be commercially confidential, while one in ten (10%) didn’t know.

Elsewhere in the poll, respondents were asked whether they had heard of two companies commonly associated with running public services; Serco and Capita. Only around half of the public had heard of the companies, and of those, only 5% and 7% expressed ‘complete trust’ in these two companies, respectively. However, whilst Serco’s net trust score languished at -17, Capita’s stood at a respectable +1. For both companies, over a quarter of people said that they didn’t know how much they trusted or distrusted them.