Labour’s position in the high 30s is consistent and indicates credible pressure on the current part of government, amid persistent poor ratings of government performance. The Conservatives had been consistently at 40% or higher since the general election and today’s dip to 39% could well be the signs of a more marked trend. From a post-election high of 48% in April, polls in September and October had the Conservatives at 40-41%.

Boris Johnson’s leadership approval rating has gone up by 8 points although it remains net negative (-6) while Keir Starmer retains a net positive rating of +5.  However, at the same time in this poll, Boris Johnson has increased his lead over Keir Starmer as Best PM to 7 points, a net increase of 8 points from a month ago. 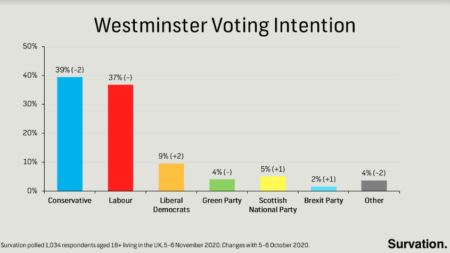 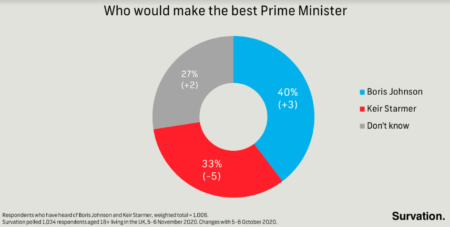 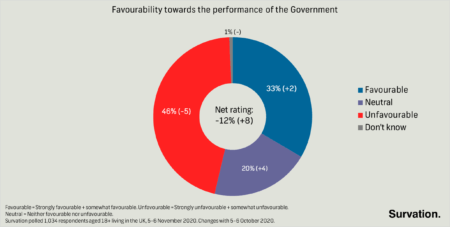