Westminster Voting Intention. It has been some time since we published Westminster voting intention figures, the last figures we shared were all the way back on July 8th – the day after Boris Johnson announced his intention to resign. The fieldwork for that polling was conducted in the torrid period immediately prior to the Prime Minister’s decision to step down and showed a whopping 14-point Labour lead.

Today’s update, with fieldwork conducted at the end of last week and the last ever with Boris Johnson as Prime Minister has Labour with a 10 point lead over the Conservatives. 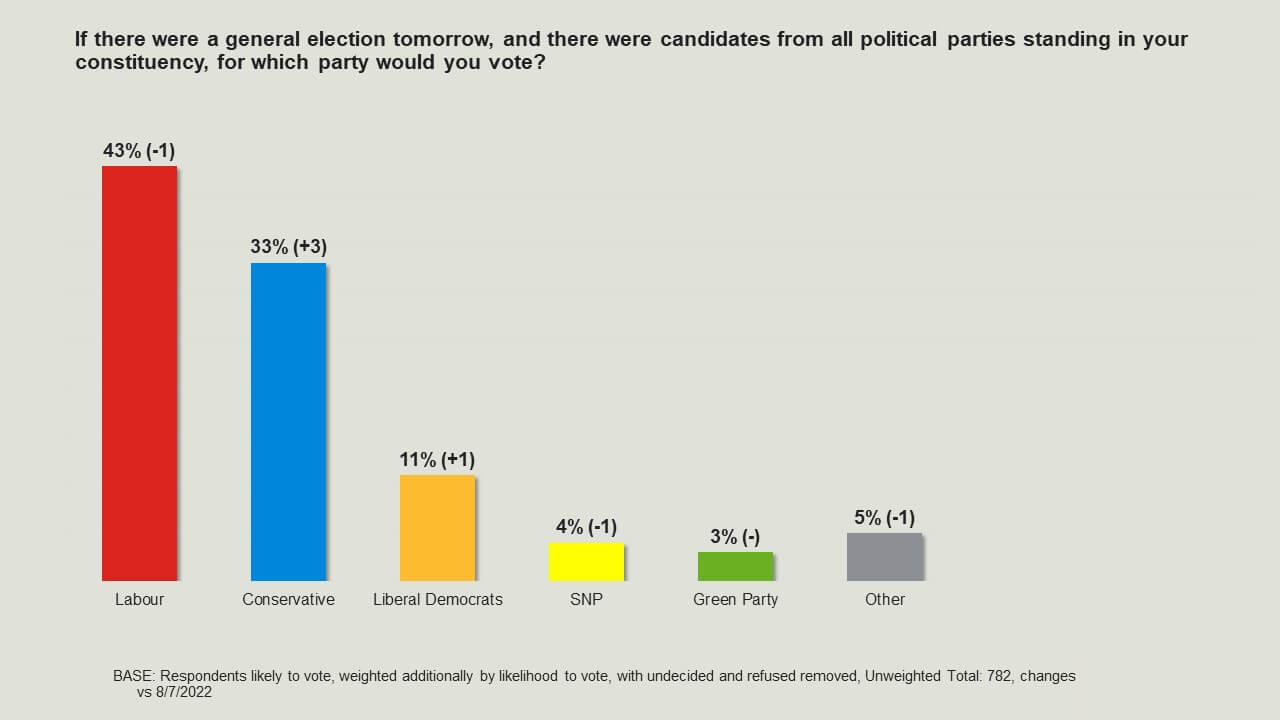 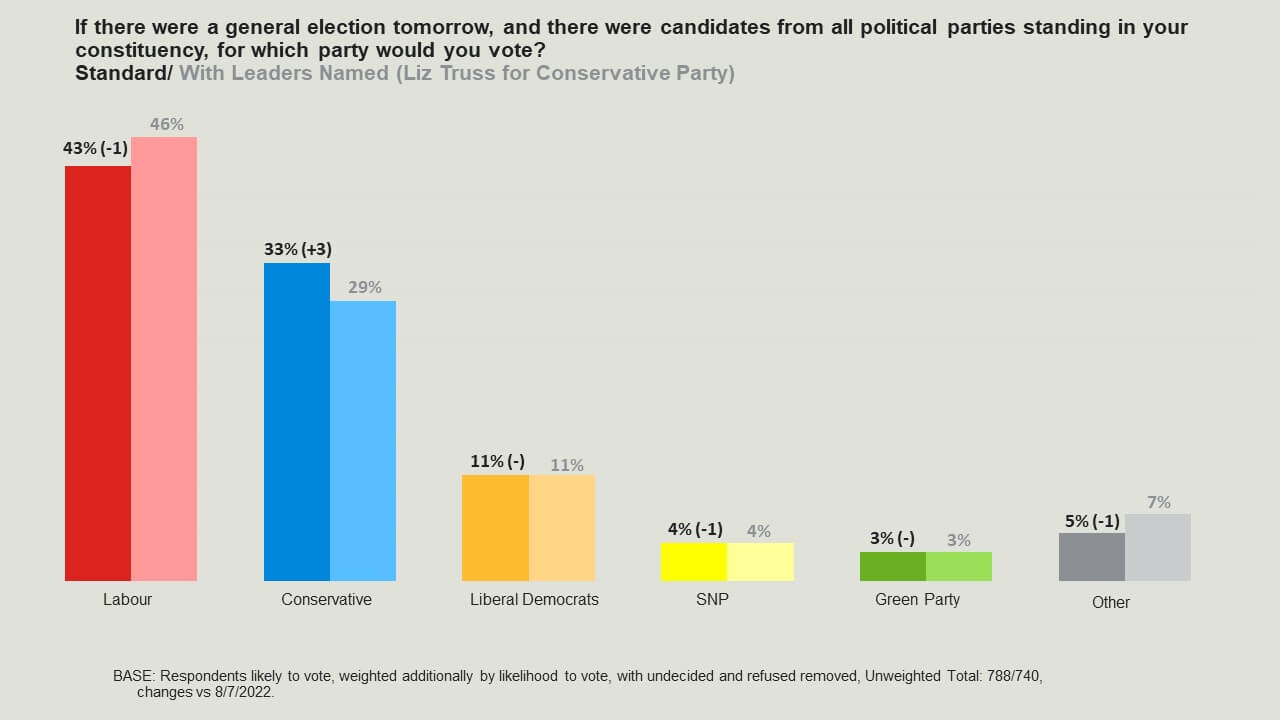 It may be unfair to rush to judge Liz Truss’ potential as Prime Minister before her tenure has even begun, but the public are clearly sceptical on her potential as they simultaneously react to the departure of Boris Johnson.

Data tables for this research can be found here. Survation conducted online polling of 1,013 adults in the United Kingdom on 31st August 2022.