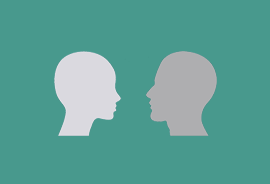 What do the British public think should happen if we received a message from aliens?

New polling on behalf of the University of Oxford has examined how respondents aged 18+ in the UK would want humanity to respond to messages from extraterrestrials. If there was to be a planet-wide referendum, most participants would be in favour of initiating contact with the alien species. 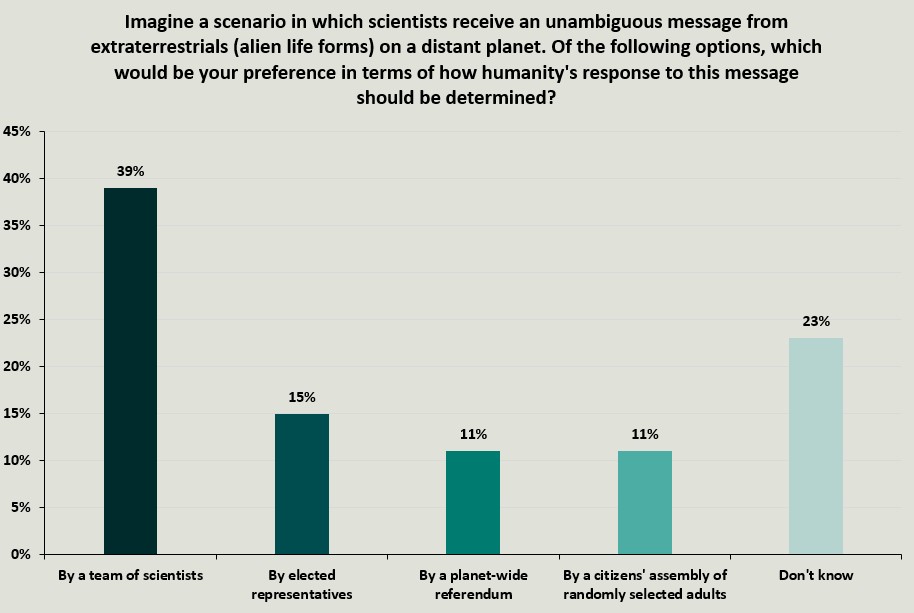 The poll revealed that the most popular option for determining how to respond to messages from extraterrestrials if they were to send unambiguous messages down to earth, was by a team of scientists – with 39% selecting this option  On the other hand, only 15% polled favoured a group of elected representatives to make this decision. Similarly, relatively low numbers of respondents (11% each) considered a planet-wide referendum or a citizens’ assembly of randomly selected adults to be the most appropriate options to determine how to respond to messages from extraterrestrials. However, more than one-fifth polled (23%) stated they were not sure. 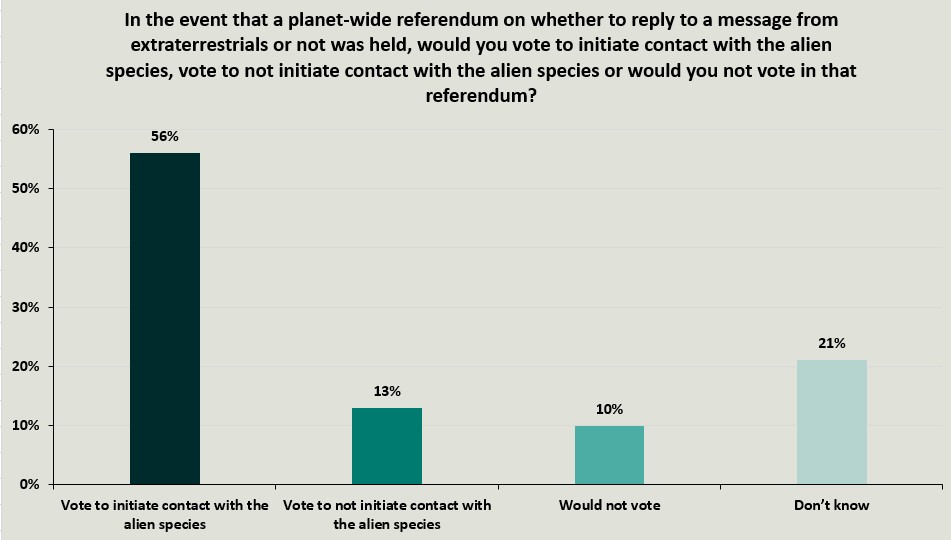 In case a planet-wide referendum was held, the majority of respondents expressed the intention to participate. However, whereas more than half of the respondents (56%) stated that they would vote to initiate contact with the alien species, 13% expressed to vote to not initiate contact. Only 10% polled indicated they would not be willing to participate in a planet-wide referendum at all. On the other hand, slightly more than one-fifth (21%) of the participants said they were not sure.

Survation conducted an online poll of 2,017 respondents aged 18+ in the UK on behalf of the University of Oxford.

Fieldwork was between 2nd-5th September 2019.