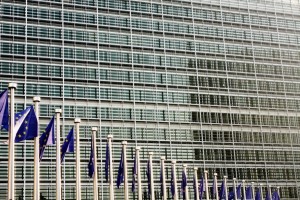 Brendan Carlin in today’s Mail on Sunday reveals that David Cameron has agreed to change his draft EU referendum question after apparent back bench concern that the original version could unfairly produce a ‘stay in’ result. So what effect could a question change have?

The current referendum question in the Conservative party’s draft referendum bill ‘Do you think that the UK should remain a member of the EU?’ when Survation put the question to the public in June it produced a result that was neck and neck.

If there was a referendum now, using this question – 51% would be in favour of leaving the EU vs 49% wanting to remain a member – a statistical dead heat.

Use of the word “remain” in a referendum however is contentious and there has been polling to suggest that using it can mean those asked “should remain?” are more apt to vote to keep the status quo.

(A) “Do you agree that Scotland should be an independent country?”

Then asking a separate group of voters question version

(B)  “Do you agree or disagree that Scotland should be an independent country?”

=>Scots disagreed by 61% to 39% – a margin four points wider than under the first question, Alex Salmond’s original preferred option.

C) “Should Scotland become an independent country, or should it remain part of the United Kingdom?” support for independence fell to just 33%, with 67% preferring to stay in the UK – the largest margin of all.

The new EU referendum question that may be used in James Wharton’s private members’ bill that would remove the word ‘remain’ and say:

Do you think that the UK should be ‘a member of the EU?’ looks and feels much more like question (A) above (and produced an 18 point gap). The existing question however resembles question C (a 34 point gap).

Given Survation’s latest poll on the the Conservative party’s original chosen question option produced such a close result it would seem logical that even this seemingly mild re-phrasing could tip the balance further in favour of the UK voting to leave the EU in a referendum.