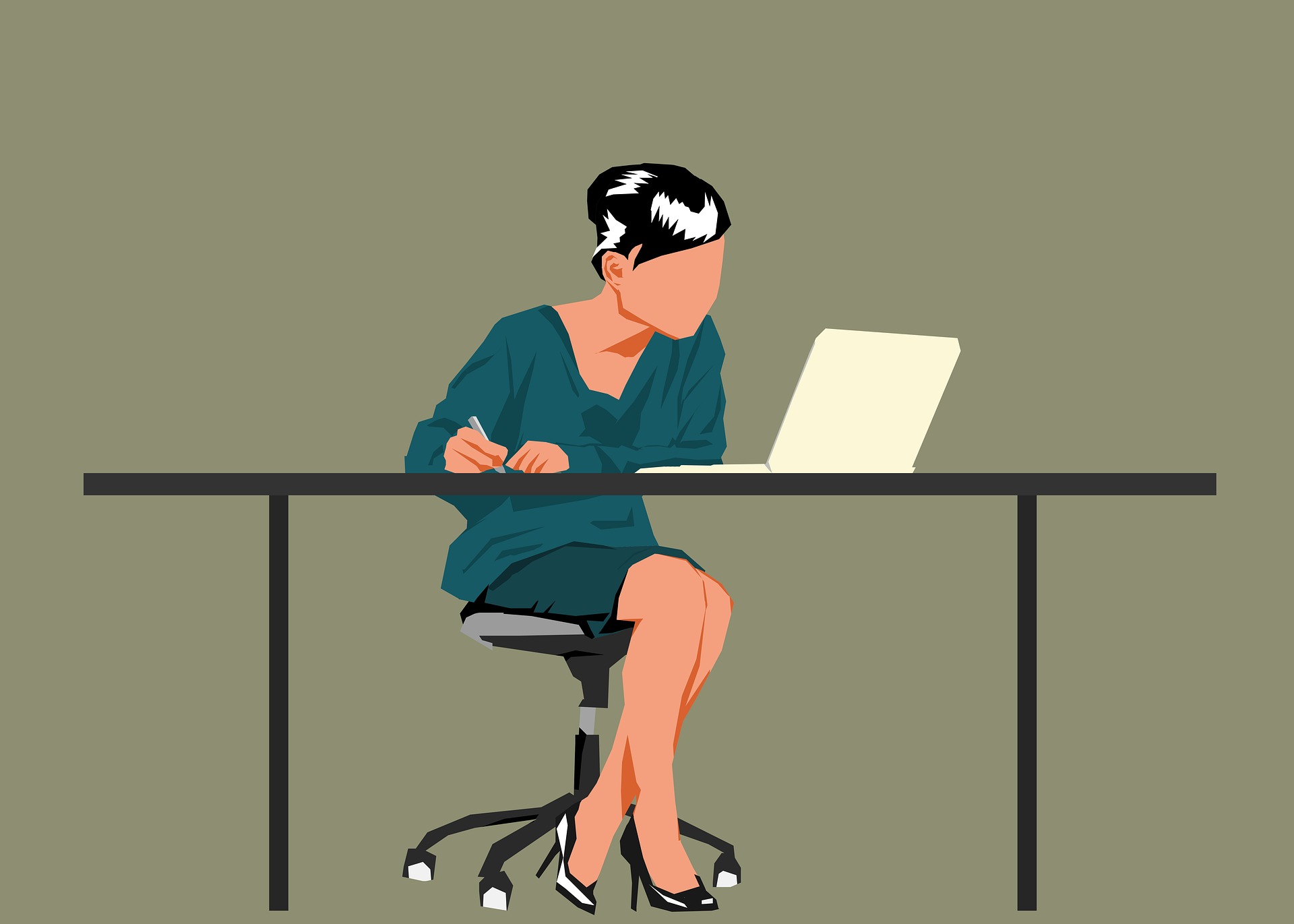 A new poll of the UK public on behalf of the Angela Rayner campaign has found that when asked whether they would consider doing certain things such as making a speech in public or applying for a promotion at their workplace, men were more likely than women to say they would consider them. 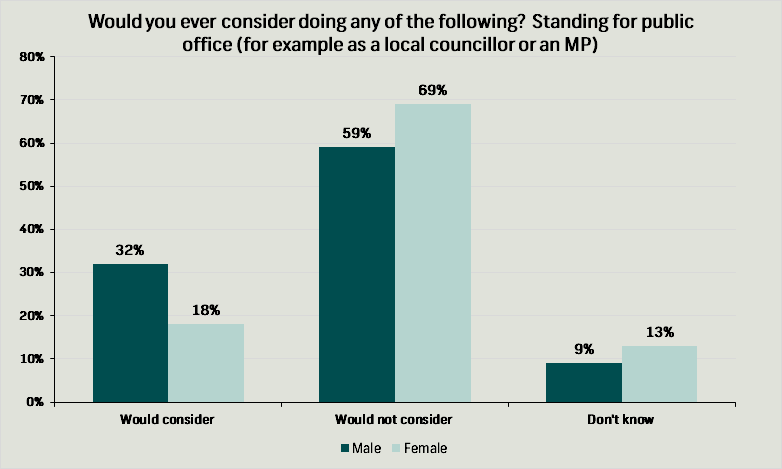 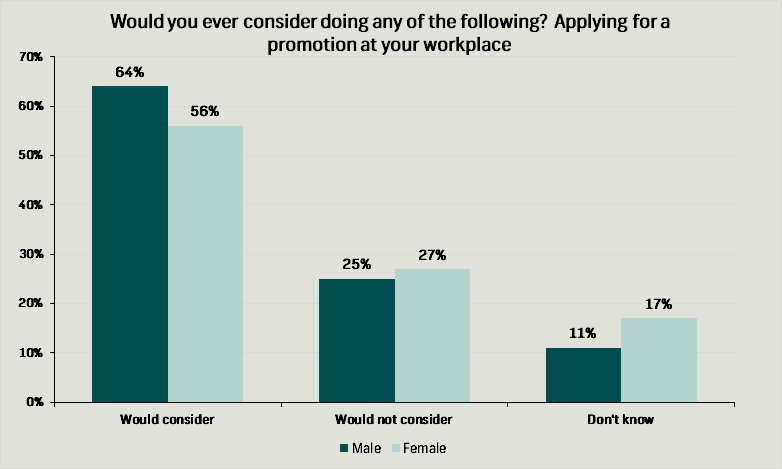 When asked what they thought stopped them from putting themselves forward for opportunities at their workplace, the number one reason for men was ‘I’m happy as I am’, selected by 40% (36% of women also selected this option). The most common reason for women was ‘lack of confidence’ with 38% selecting this option (only 30% of men also selected this). The third most common reason for women was ‘I don’t think I am qualified enough’ (selected by 26% of women compared to 22% of men). Survation conducted an online poll of 1,040 people aged 18+ living in the UK on behalf of the Angela Rayner Campaign. Fieldwork was between 26th-27th February 2020. Data tables can be found here.