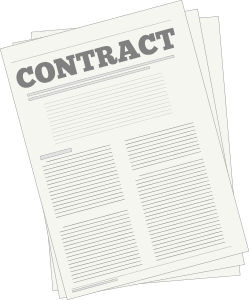 A survey conducted by Survation for the Fawcett Society looks at women on low-paid zero hours contracts.

A new poll of low-paid women has found that 14% are on a zero hours contract – defined as a contract that requires the worker to be available for work whenever required by the employer, even when there is no guarantee that any work will be provided to them. This figure is almost a third among low-paid women in London.

The results suggest that low pay and zero hours contracts may go hand in hand. In February, our poll of people in employment found that 5% were on zero hours contracts. Women on low pay are therefore almost three times as likely to be on such an unpredictable contract than the workforce as a whole.

We asked respondents the main reason for them being on zero hours contracts. Only a quarter said they wanted such a contract. 40% said it was the only work they could find.

Worryingly, 61% of women on low-paid zero hours contracts feel that if they turn down a shift, either they may be less likely to be offered further shifts or they may be offered no further work at all.

Commenting on these findings, Dr Eva Neitzert – Deputy CEO at the Fawcett Society – said:
“Zero-hours contracts provide the ultimate flexibility for employers, but our research shows that this comes at a cost to some of the most vulnerable workers – those on low pay.

“Low paid women in London seem to be bearing the brunt with nearly 1 in 3 on a zero-hours contract compared to 1 in 8 in the UK as whole. Most are not choosing to work this way – they either can’t find any other work or feel under pressure from employers or Job Centres to accept these types of contracts.

“With zero-hours contracts there is no guarantee of work at all, so this can be a route into financial insecurity and hardship. The women in our sample were all earning below £7.44 per hour. Yet, even 28 per cent were not getting as many shifts as they would ideally like.

“We know that the sectors that have seen the greatest growth in zero-hours contracts – ‘accommodation and food’ and ‘health and social’ work – are dominated by women and are low waged. The rise of these types of working arrangements in London may go some way towards explaining why the gender pay gap has increased at a far faster pace – from 10.9 per cent to 13.2 per cent – in London than the rest of the country (0.1 per cent).”