Young People: Fake News and who they trust

As BBC Bitesize launches the Other Side of the Story project – an initiative helping 11-16 year olds to navigate fake news and misinformation online – this research provides an insight into who young people trust in regards to the news, and how they interact with it.

What news is trusted?

Traditional news outlets are the most trusted sources of information for children aged 11-16 year olds, with TV trusted by 74% of respondents. Of these traditional outlets, the BBC is seen as the most trustworthy source to receive news from, closely followed by ITV. 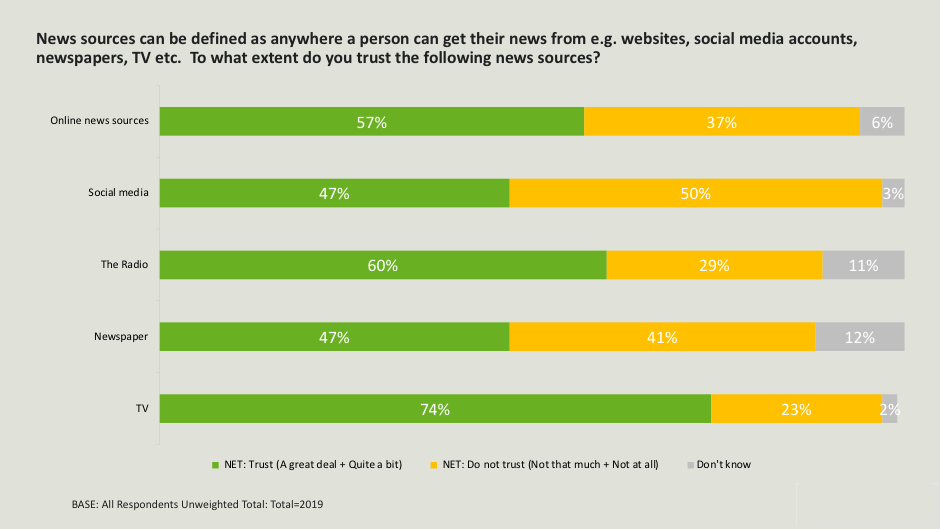 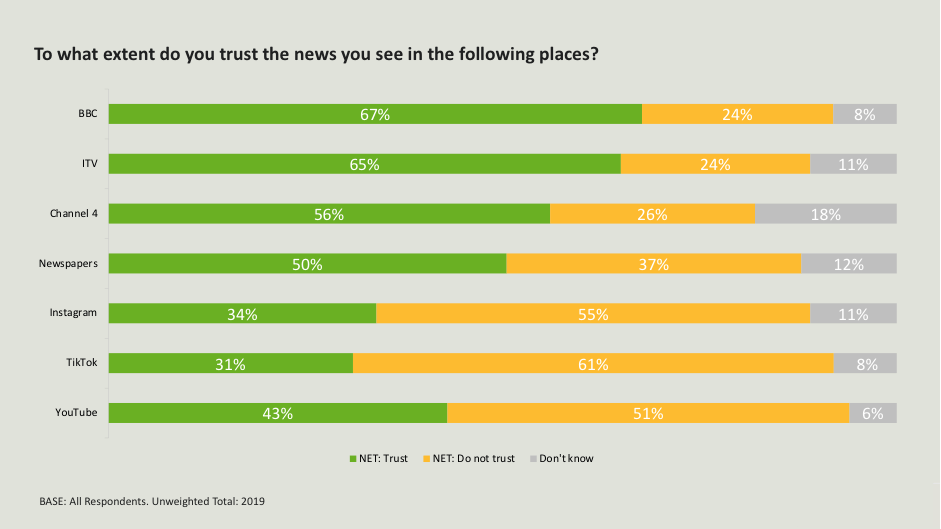 Social Media as a less traditional platform is still trusted by 47% of respondents. However, respondents were more doubtful about platforms such as Instagram and YouTube, in particular TikTok which sees only 31% of all respondents trusting in them. In spite of this, for those respondents who get their news from social media, TikTok is the most popular platform to do so (30%). 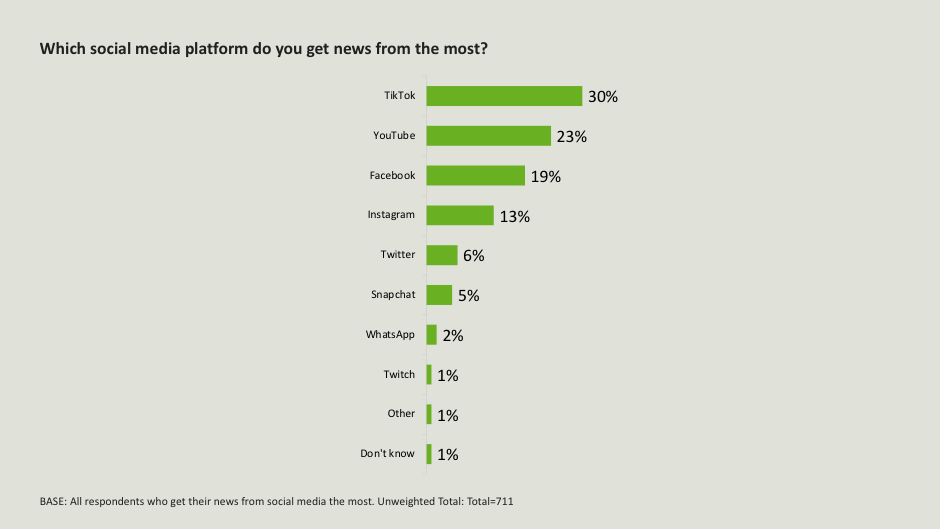 Representation in the news

Considering Television is the most trusted news source for a majority of 11-16 year olds in the UK, it is important to understand the effects of representation within this outlet. 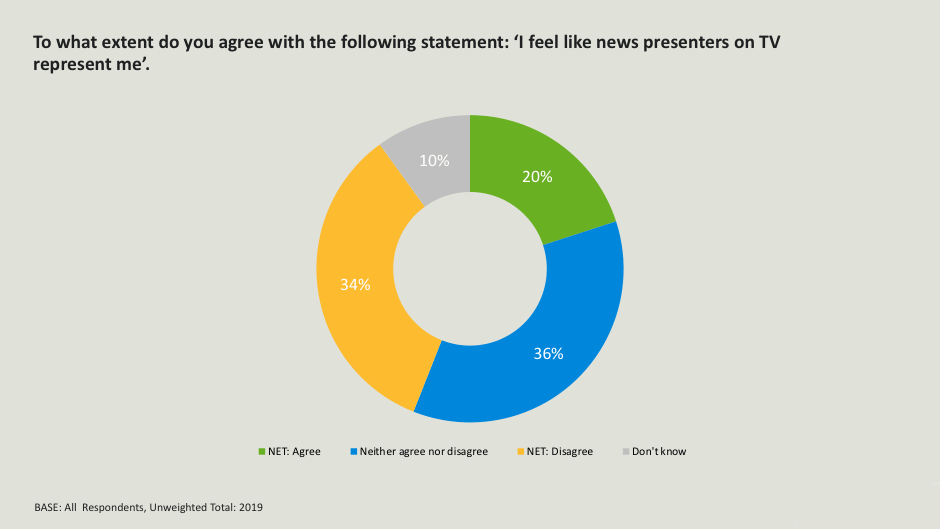 Over a third of respondents (34%) felt that news presenters on TV did not represent them. Only 20% felt represented on screen. Furthermore, 40% of respondents stated that they would be more likely to watch the news on television if the presenters represented them. This highlights the impact that representation has on viewership and suggests where changes could be made to increase young people’s interactions with news on the TV. 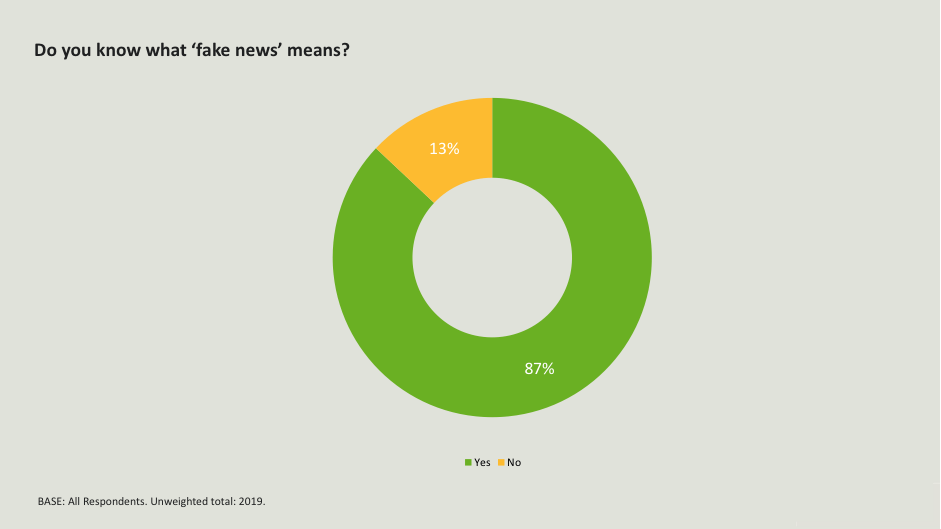 Further investigation revealed that of those who had shared fake news in the past, 62% stated that they regretted it, whilst 28% said they did not. 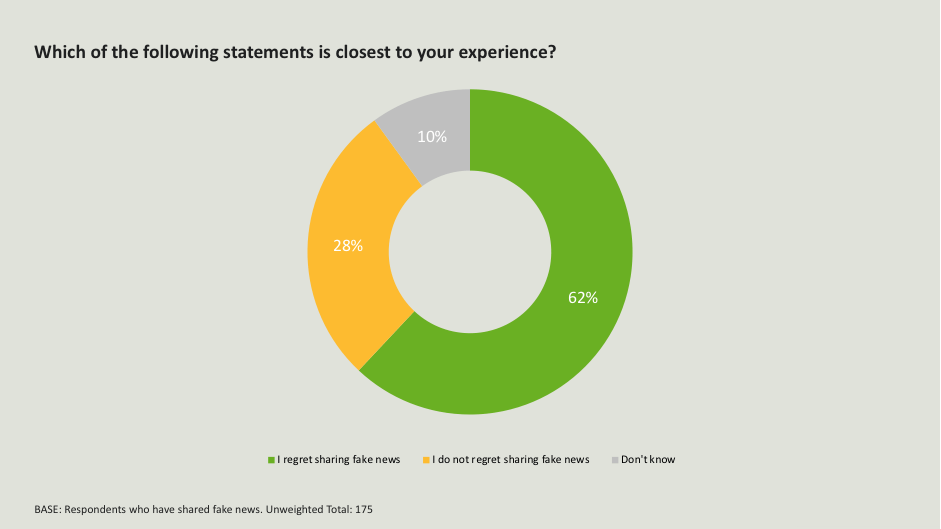 33% of respondents stated they would not search for evidence to back up their views and just over a third disagree that their opinion on an issue is more important than the facts. This questions the extent to which young people know how to navigate misinformation and fake news. 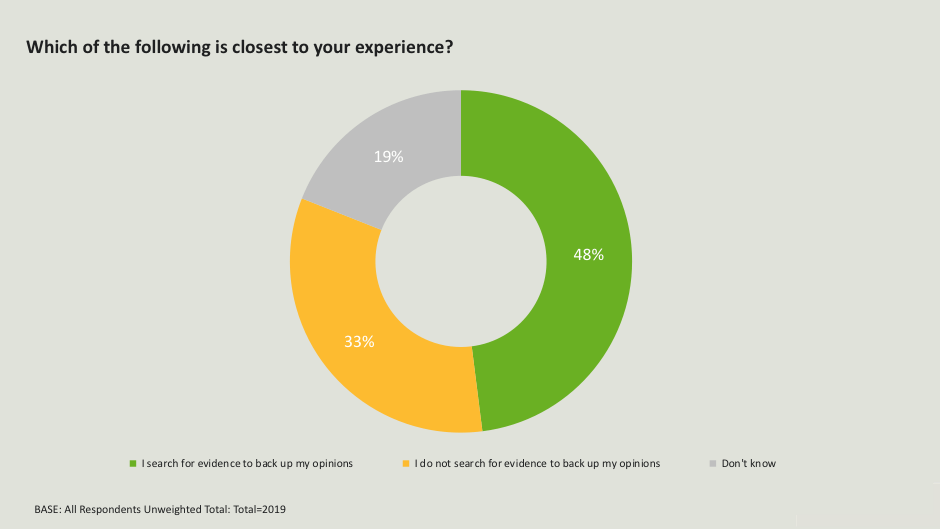 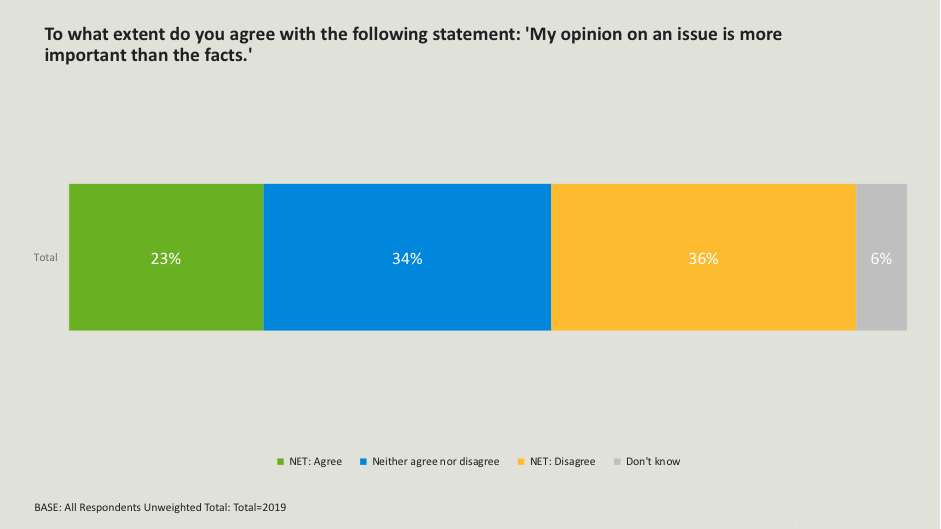 When respondents interacted with the news, parents were overwhelmingly trusted by their children. A majority (66%) would go to their parents to find out if a news story was true or not. Moreover, parents were the group believed the most (36%) by 11-16 year olds to tell the truth about the news. In comparison, social media influencers were only used by 35% of respondents to decipher the truth in a news story. However, these influencers were still believed more (5%) than politicians (1%) to tell the truth about the news. 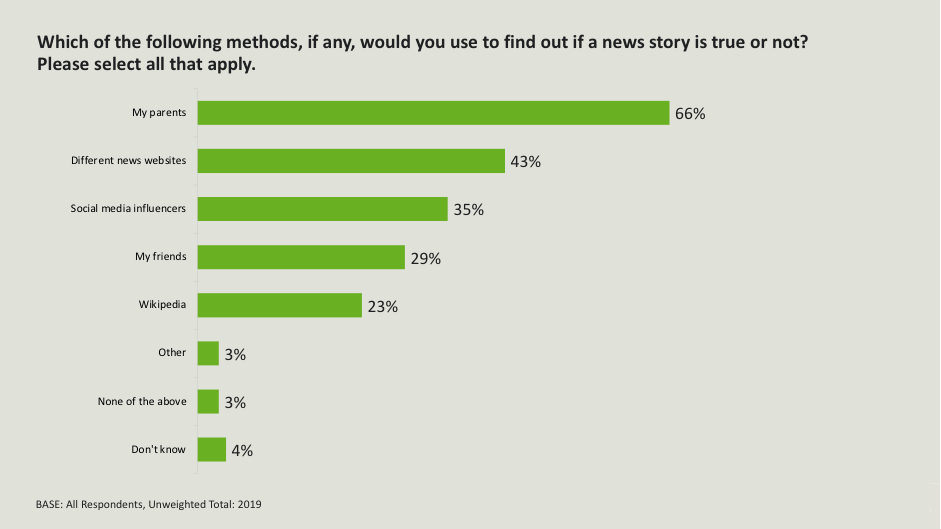 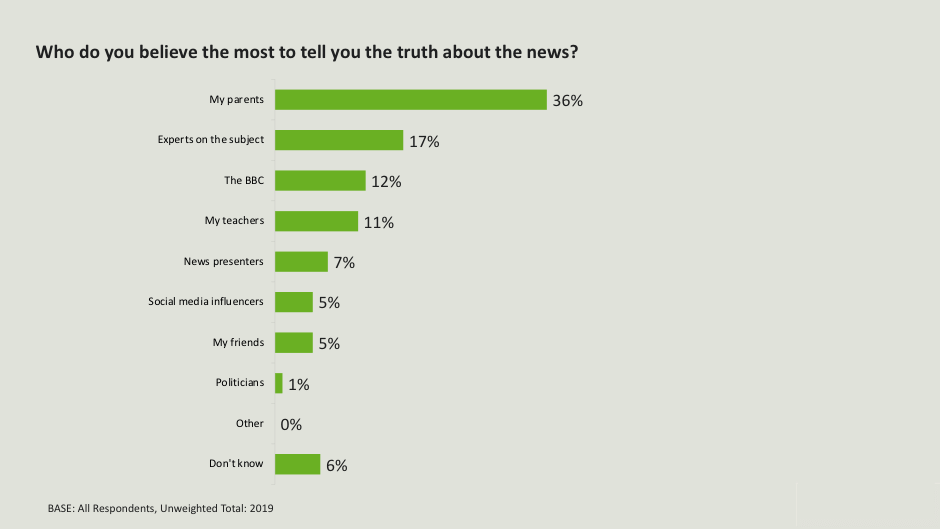 The tables for this research can be found here.

Read more from the BBC here.