Labour has best understanding of our local area, in poll of ‘red wall’ seats

In a poll of ‘red wall’ seats, in the North and Midlands which switched from Labour to Conservatives in the 2019 General Election  for IPPR and IPPR North, voters said Labour have a better understanding of their local areas, with a net score of +15%, to the Conservatives’ -10%. 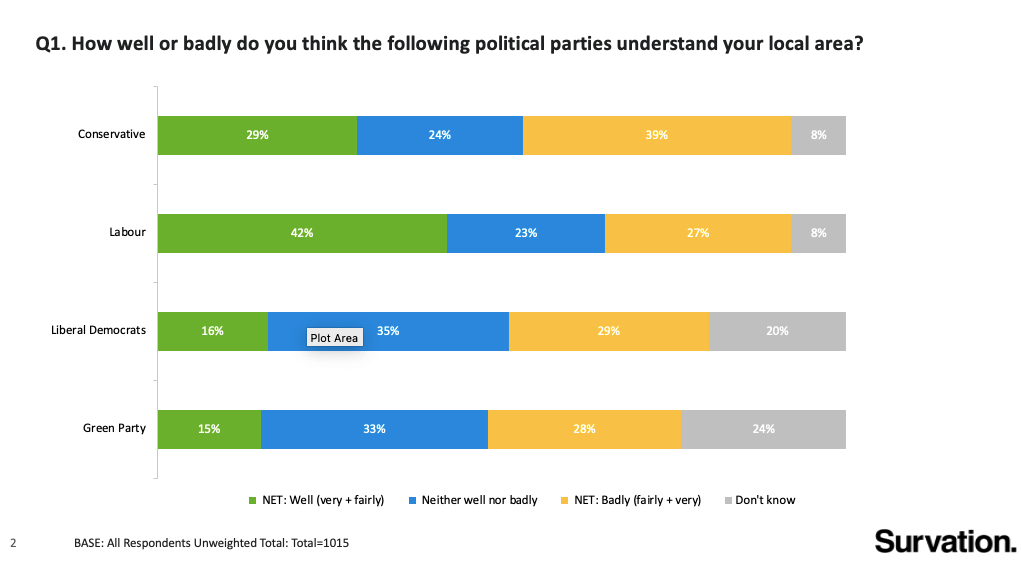 The polling which was undertaken in the run up to last week’s local elections, found voters in red wall seats evenly split on whether they’d be voting on local or national issues, with 27% saying mainly local issues, 26% on mainly national issues, and 40% a combination of both. 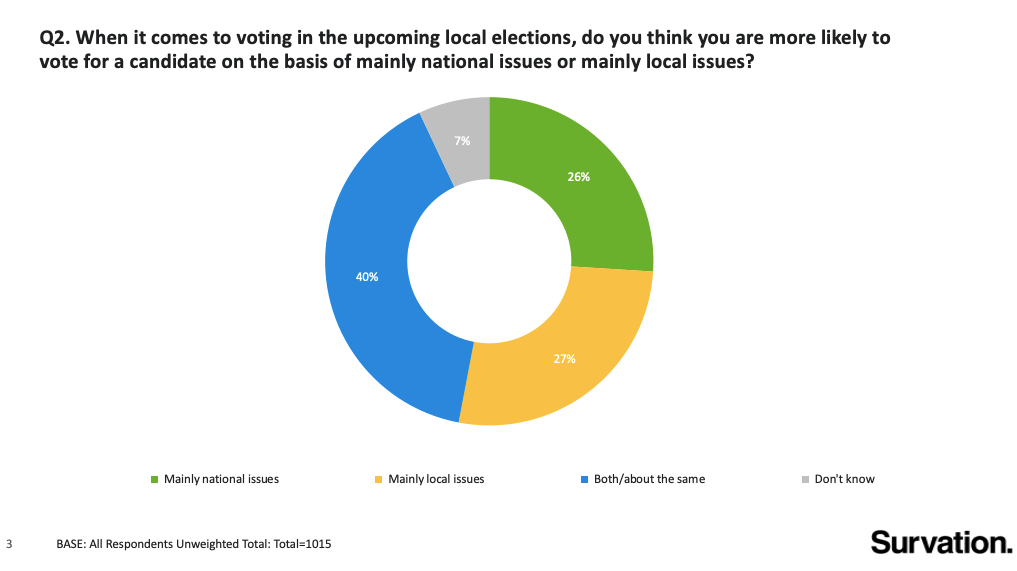 We asked voters in red wall seats the extent to which they believed the political parties shared their values. More voters believed Labour share their values with a net positive rating of +14%. The Conservatives by contrast have a negative net rating of -4%. 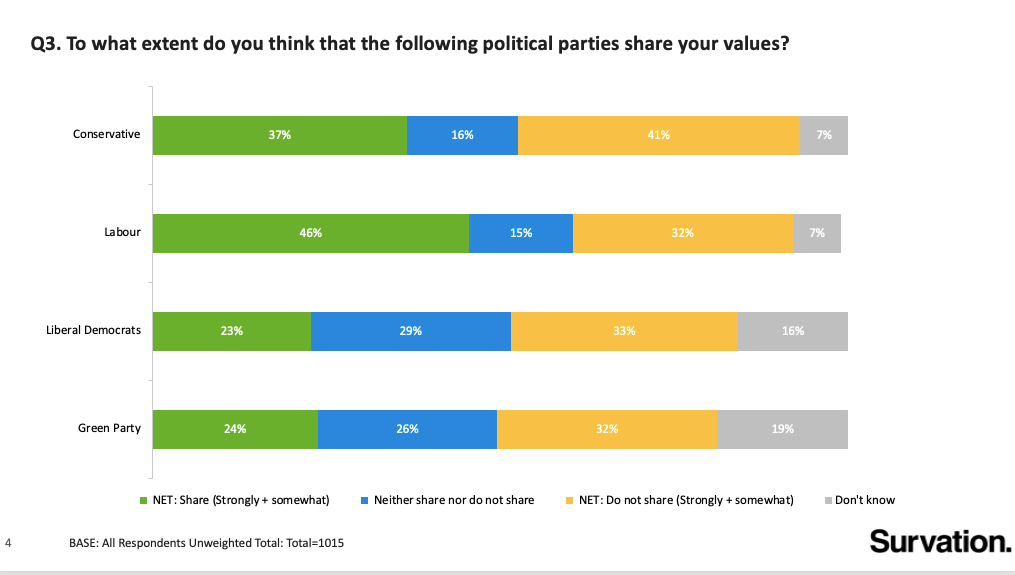 Population sampled: All residents aged 18+ in Red Wall seats (seats in the North of England and Midlands which changed from Labour to Conservatives in the 2019 General Election).